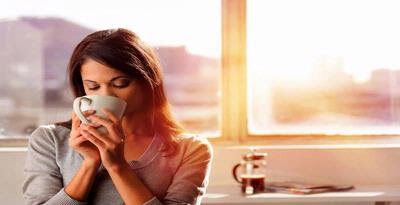 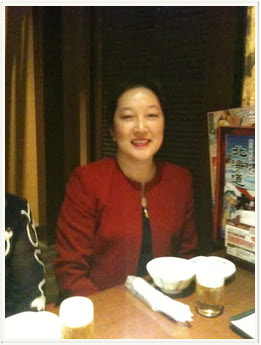 In the late 80s, I suffered from very bad migraine attacks which I accepted as genetic inheritance as some of my older siblings also suffered migraine attacks from around the same age as I. After suffering for a few years, I decided I was not going to succumb to this and to taking painkillers on each attack for the rest of my life.

I discovered Chiropractic care in the early 90s, by chance. Since then I have not had any major migraine attacks. It was a revelation and the beginning of my journey into alternative health care. PS – I eventually moved to osteopathic care.

In the mid 90s, I was told I have Chronic Fatigue Syndrome (CFS). However, that did not slowed me down as I am mentally strong and was able to still push myself to live a full and fast life in spite of my condition. I never believed in naps and rest. I just kept going and going — however, even the most powerful batteries in the world, if not recharged properly, the power will still eventually be diminished … and so it happened to me.

I believe these supplements plus the natural healing modalities are the reasons I am healthier today for someone my age – as I do not have all the typical age-old issues such as high cholesterol, high blood pressure, diabetes (I have strong genes for Type II), etc.

But I continued to suffer from Chronic Fatigue Syndrome. My fatigue body finally could take no more. I didn’t collapsed totally but I was left with signs that my body was crying out “no more, please” — which I thankfully (eventually) took notice of.

I developed a lump on my thyroid glands a couple of years ago and, I treated that with natural medicine and the lump disappeared. I was also eventually diagnosed with Fibromyalgia — similar to Chronic Fatigue Syndrome but I had constant joint pains (24 x 7). An eventual test — testing at cellular level- showed that for reasons unknown, I was not able to absorb Vitamin B and Protein needed for biological oxidation (the making of energy).

As I understand it, the body absorbs nutrients (from food and the supplements) to do 2 things. One, to use the nutrients to re-build the tissues for growth and repair. Two, to use some of the nutrients to make energy so that we can think, move, etc. My body could do one but not two. Hence, while I am healthy with no age-old health issues but I am constantly tired to the extent that 2 years ago I could not even think properly. I had problems forming even a thought – and that frightened me. I thought I was on the verge of Alzheimer’s.

I also suffered from chest pains and as I understand it, this is due to my heart over-working to compensate for the lack of energy production by (over?) pumping oxygen to the cells – oxygen being one of the ingredients for energy making. Another possible effect of the ‘over-worked’ heart is water retention in my hands and feet which gets swollen over night — painful enough to keep me awake at night.

My Introduction to Naturally Plus

I was first introduced to Naturally Plus in mid 2010. The minute I heard it was a MLM/ Direct Marketing company, I lost interest as the friend who spoke about it was trying to sell it from a “sales” angle … I am truly not into MLM or Direct Marketing.

I met this friend again about 5 months later – and I saw the big improvement on her face. Since I have known her when we were 13 years old, she has had a terrible facial skin condition. It subsequently got worst after the birth of her 2 children – possibly due to the hormonal changes. She has tried many skin care products and seen many skin specialists but nothing could “save” her face … until these products, that is.

And so, I signed up immediately, on 22 Dec 2010. I went for a full medical check up as a basis for future comparison. And on Dec 24, I went “cold turkey” by dropping all my supplements – except for my adrenal hormone pills I was taking for my Fibromyalgia. When I was first diagnosed with Fibromyalgia, I was put on a natural supplement (D Ribose) that helped control my joint pain. There were times when I ran out, the joint pain would return immediately. I even dropped this on Dec 24, 2010, when I started on these products.

On the following day, Dec 25 2010, my joint pain was gone … and most amazing of all, my energy level which was up to 80% (if I could put a percentage on it) on a good day — and on a bad day it was around 60% — something which I have not felt for many many years !!! And all within 2 weeks of taking these products. Only 2 products — Super Lutein and Izumio.

I passionately believe in Preventative Medicine. Prevention is likely to be less costly for a lot of critical illnesses. More importantly it is less stressful emotionally and financially than trying to cure an illness. Preventative medicine will also give us a better chance at a quality life.

While many people would strive for a long life, I would do all I can to live a quality life and if it’s long, a great bonus. The truth of the matter is I think we don’t have a say in the length of our life. There is a Chinese saying that birth and death are pre-determined. If so, I can’t control that. However, I can definitely take definitive actions to create the quality of life that I wish to have.

In that spirit, I kindly invite you to explore this website and my upcoming articles and blogs. …. and hopefully in doing so, you too will discover ways to live a more naturally and healthy lifestyle.

As for the Prosperity that Mr Spock (of Star Trek fame) spoke of, well …Naturally Plus can accord you that, too –but only if you want to. Otherwise if Good Health is all that you want, you certainly can be rewarded with that with Naturally Plus’ products as 1.8 Million members have testified and endorsed (me, including !)